Tobia Scarpa was born in 1935 in Venice, where he graduated in architecture (IUAV) in 1969.
Curious designer, in his long professional activity he has been dealing with architecture, restoration, set-ups, industrial design, graphics, teaching.
Starting from the 1960s, he established himself as a leader in industrial design, through collaboration with Venini, Gavina, Flos, B&B and Cassina. For Dino Gavina he designed Pigreco chair (1960), Bastiano sofa (1960) and Vanessa bed (1962), pieces that later became iconic on the international design scene.
Always alongside the Bolognese entrepreneur he took part in the creation of Flos, for which he designed numerous lamps including Fantasma (1961), Foglio (1966) and Biagio (1968). He then collaborated with various important Italian and international companies. Numerous houses were built for different clients, new homes: Casa Lorenzin (1976), Daolio (1988), Meroni (1992); and restorations: Villa Fragiacomo (1975), Casa Tonolo (1978), Casa Casas – Martinez (1989), Casa Montezemolo (1992), Casa Cacchione (2005) and Casa Roversi (2007).
Important restorations were carried out for public and private institutions: Palazzo del Monte in Reggio Emilia (1989), Loggia dei Cavalieri in Treviso (1990), Palazzi Brusati Bonasi in Carpi (1994), Museo del Mercato Vecchio in Verona (2000), and Gallerie dell’Accademia in Venice (2013) with the related set-up of the ground-floor rooms (2015-2019).
Finally, we recall the recovery plan for the Certosa Island in Venice (2010). In 2020 Ca’ Scarpa museum based on a project by Tobia Scarpa has been inaugurated inside a former church in Treviso. Between 2001 and 2009 he devoted himself to teaching at the Universities of Venice and Alghero. He received several international awards, starting with Compasso d’Oro in 1969 for Soriana chair. In 2008 he was awarded the Compasso d’Oro for his achievements during his career.
His works have been included in permanent collection of important museums, such as Libertà chair at Louvre in Paris; have been selected for temporary exhibitions by important institutions among which Triennale di Milano and Venice Biennale and have been subject of several monographic exhibitions in Italy and abroad and of a considerable number of publications in national and international magazines. In 2020 Tobia Scarpa realizes for Paradisoterrestre three limited edition artworks, starting from an interpretation of Melencolia I, enigmatic masterpiece by Albrecht Dürer. 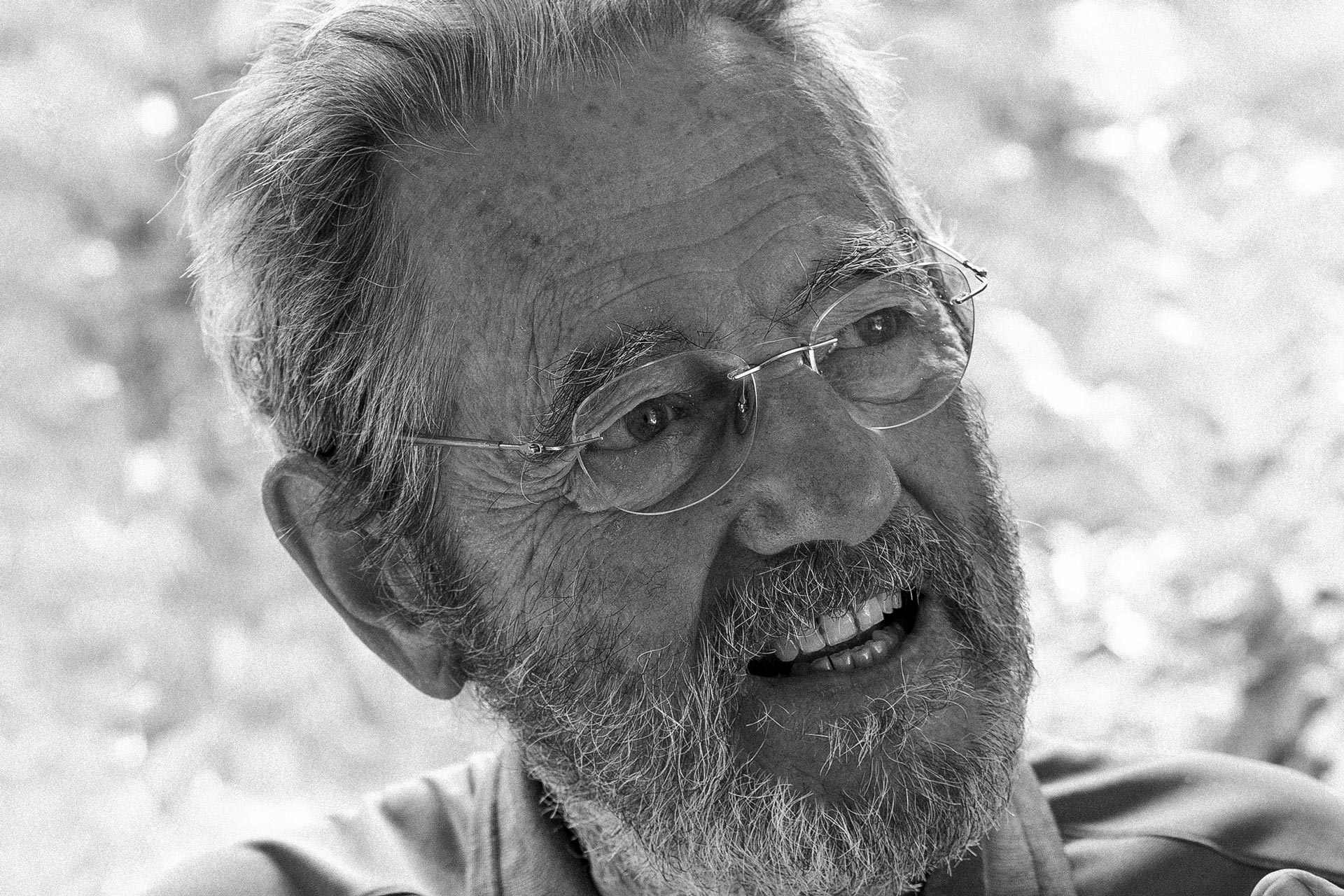 For ART CITY Segnala 2020 on the occasion of Arte Fiera, Paradisoterrestre presents an exhibition by Tobia Scarpa, designer who in his long professional activity has been dealing with architecture, restoration, set-ups, industrial design, graphics, teaching.
At the start of his career, the Venetian architect designed for Dino Gavina pieces that later became iconic on the international design scene: Pigreco chair (1960), Bastiano sofa (1960) and Vanessa bed (1962). Always alongside the Bolognese entrepreneur, at the beginning of the Sixties he took part in the creation of the Flos company, for which he subsequently designed numerous lamps including Fantasma (1961), Foglio (1966) and Biagio (1968).
Sixty years later, the collaboration is renewed with an artistic project: starting from an interpretation of Melencolia I, enigmatic masterpiece by Albrecht Dürer, Tobia Scarpa creates three limited edition artworks for Paradisoterrestre. Realized by the German artist in 1514, the engraving has been the protagonist of countless investigations and the subject of a very extensive literature.
With its enigmatic elements, it has not only attracted scholars in search of a possible and coherent interpretation, but also obsessed many artists up to the most recent contemporaneity, so that we can speak of a “persistence” of Dürer’s Melencolia I in the collective imagination. Tobia Scarpa chose to break down the representation, extrapolating two of the key elements present in the work, related to the geometric-mathematical field: the polyhedron and the magic square. A suggestion handed down from one generation to another, that one of the architect for the mysterious Dürer’s solid. His father Carlo Scarpa had at the time already shown so much interest in the polyhedron to devote himself to a research on the enigmatic figure. The hidden side of the solid, remained concealed for five centuries in Dürer’s engraving, is finally freed in the viewer’s space with the two sculptures, Festuca Lapis in marble and Scudo Magico in iron and brass, realized by Tobia Scarpa for Paradisoterrestre. In the third exhibited artwork Geometrie Nascoste, a print in a limited edition of 100, the architect focuses on the magic square, researching and identifying symmetries in the numerical configurations of Dürer and Benjamin Franklin. The exhibition set up is curated by Pierre Gonalons, creative director of Paradisoterrestre gallery. 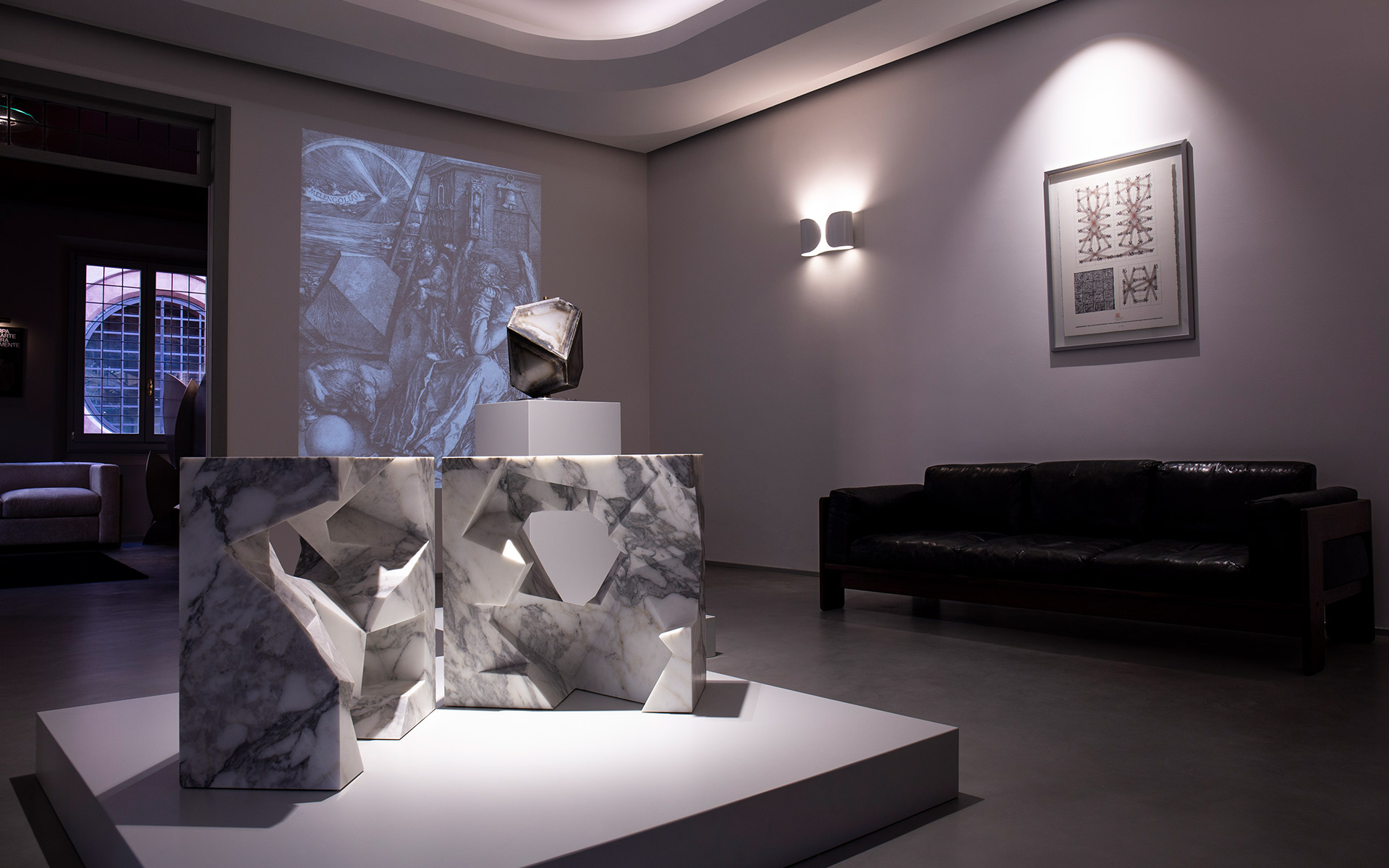 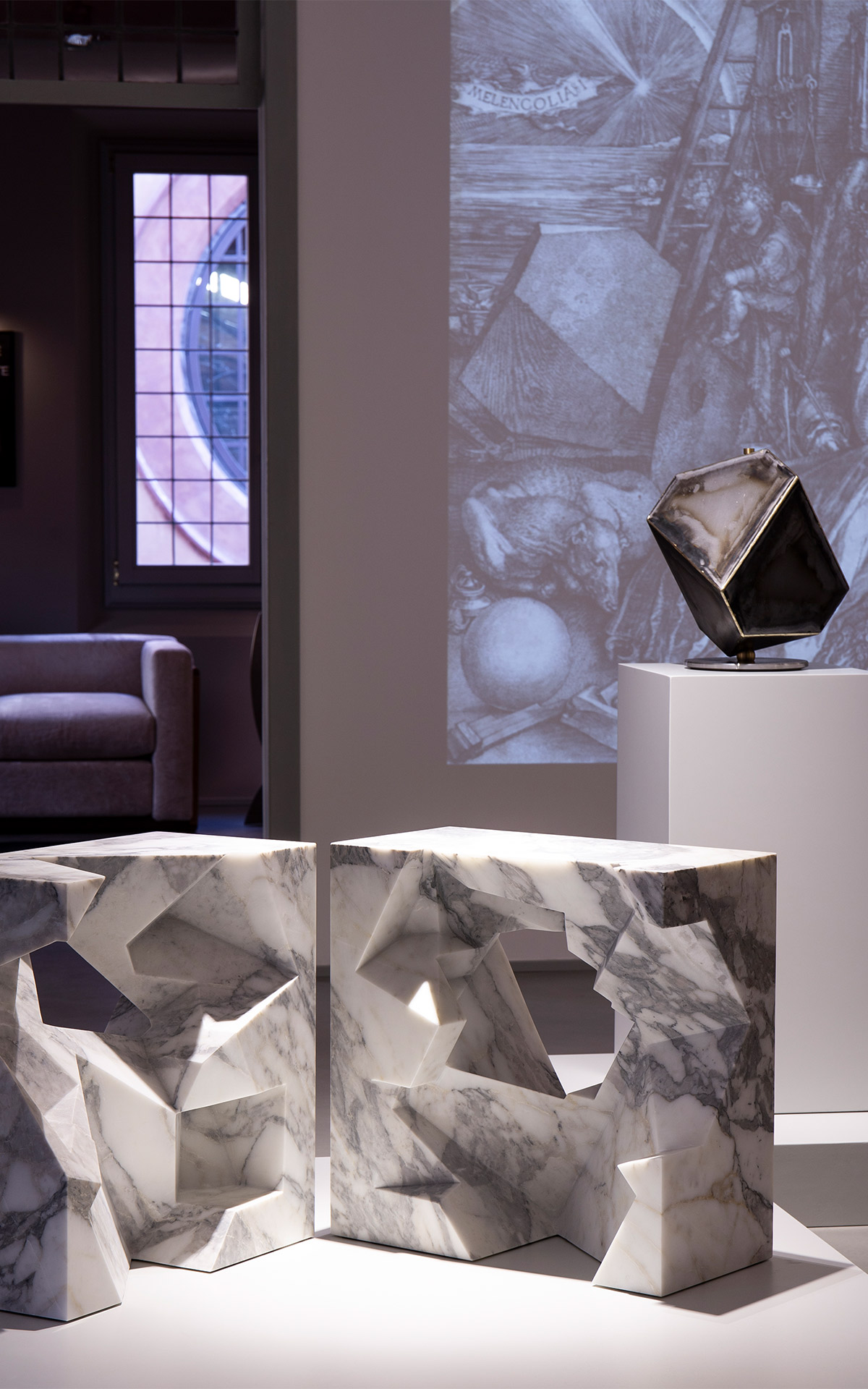 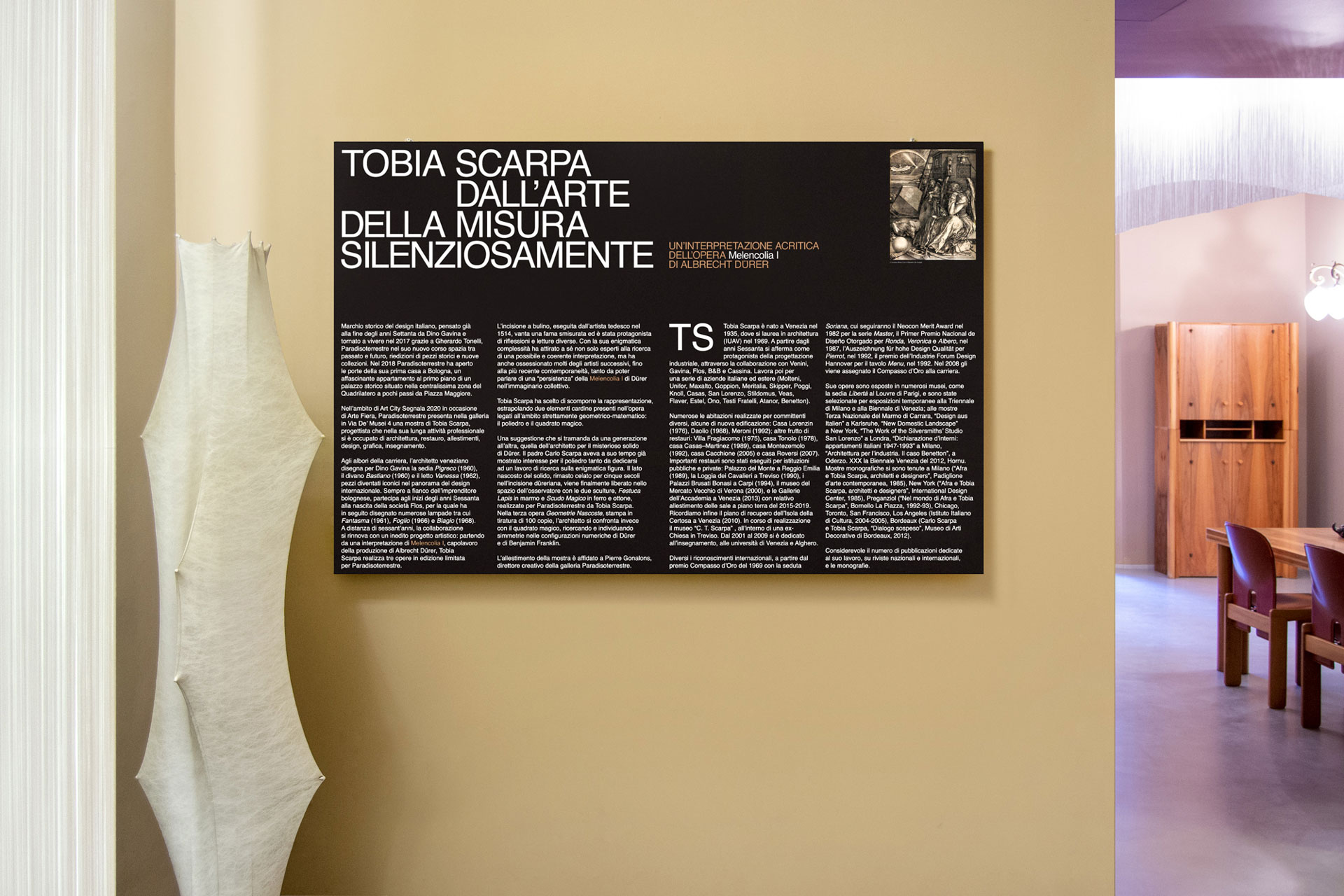 Materials: metal structure with brass welds, circular base in natural iron, brass sphere that allows manual rotation of the sculpture