Roberto Sebastián Antonio Matta Echaurren was born in 1911 in Santiago, Chile where he studied architecture. In 1934 he moved to Paris to work as an apprentice to the architect Le Corbusier. He met Salvador Dalí and André Breton and left Le Corbusier’s atelier to join the Surrealist movement. In 1939 together with André Breton, Max Ernst, Yves Tanguy and other Surrealist artists he moved to New York.

During the '40s Matta’s painting anticipated many innovations of the Abstract expressionists and influenced different artists of the so-called New York School and in particular Gorky and Motherwell. He broke with the Surrealists in 1948 and returned to Europe, settling in Rome in 1953. In the late '50s Matta was an internationally renowned artist, with works exhibited in important museums in London, New York, Venice, Chicago, Rome, Washington and Paris.

In the mid-'60s, he started a collaboration with Dino Gavina that led to the creation of iconic design pieces such as Malitte (1966) and for the Ultramobile collection (1971) Margarita, Sacco Alato and MAgriTTA. Among his most important exhibitions, the major retrospectives held at MoMA in New York in 1957 and at Centre Pompidou in Paris in 1985. 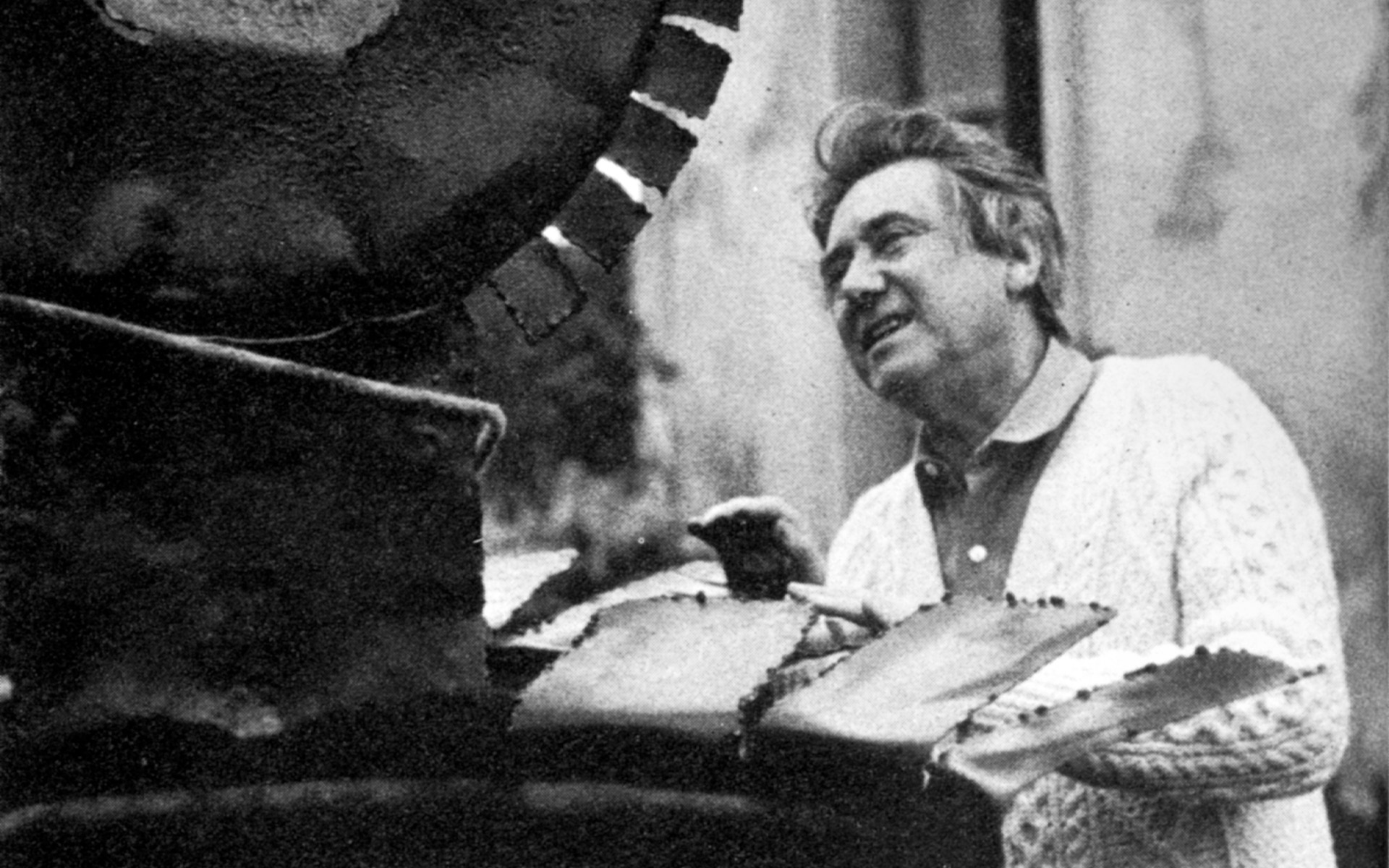 Historic Italian design brand, conceived in the late Seventies by Dino Gavina and came back to life in 2017 thanks to Gherardo Tonelli, in its new course Paradisoterrestre ranges from past to future, re-editions of historical pieces and new collections.

In 2018 Paradisoterrestre opened the door of its first home in Bologna, a fascinating apartment at the first floor of an historical building placed in Via De’ Musei 4, right in the heart of the city center in the “Quadrilatero”, a few steps away from Piazza Maggiore, entrusting the creative direction to Pierre Gonalons.

For ART CITY Segnala 2019 on the occasion of Arte Fiera, Paradisoterrestre presents its first exhibition in its recently inaugurated venue. UltraMatta intends to exhibit for the first time the limited re-editions of Margarita and Sacco Alato by Roberto Matta (1911-2002) and at the same time is a focus on one of the most interesting and stimulating figures of the last century, with his multifaceted production at the crossroads between art and design, in the context of a broader re-evaluation of his importance internationally.

Almost 50 years after the first prototypes and the very few works actually produced, the re-edition of Margarita and Sacco Alato has been possible thanks to the collaboration with Alisée Matta, artist’s daughter. These “functional works of art” represent in an exemplary way the concept of Ultramobile, operation conceived by Dino Gavina in 1971 with the aim of adapting in a surprising way the surrealist object to daily use. Margarita was cast in bronze the first time to fix an idea: it is a petrol can, opened up like a daisy, a barrel turned into a tribal throne.

Sacco Alato was born in foundry while making Margarita, casting a bag of concrete and splitting it in two. Lacking any other props, the big road rocks provided the feet for this seat/sculpture. In order to document the special link between this international artist and the city of Bologna, precisely through the fruitful collaboration with the Bolognese entrepreneur, Matta’s first sketches for some seats drawn on a working wooden table at Gavina’s factory will be shown for the first time. Exhibited also an extraordinary Margarita prototype, directly from the artist’s archive: between dada ready-made and surrealist objet trouvé, the ultimate proof that design is more and more and above all a borderline realm.

The exhibition is completed by two iconic pieces from Paradisoterrestre historical archive, which recount Roberto Matta's amazing adventure in the world of design: Malitte (1966), a wall/sculpture that can easily become a living room and MAgriTTA, a peculiar seat tribute to René Magritte which, like Margarita and Sacco Alato, is part of the Ultramobile operation (1971). Seminal figure of the Surrealist Movement and mentor of various exponents of Abstract Expressionism, Matta contaminated with his exuberant creative force not only the history of art but also that of design. His creations come back to life today, with the same power: his signature - ante-litteram emoticon - marks with his contagious smile Paradisoterrestre re-editions of Margarita and Sacco Alato, in a limited edition of 25 pieces for each variant. He said about himself: “I am interested only in the unknown and I work for my own astonishment.” Let UltraMatta astonish you. 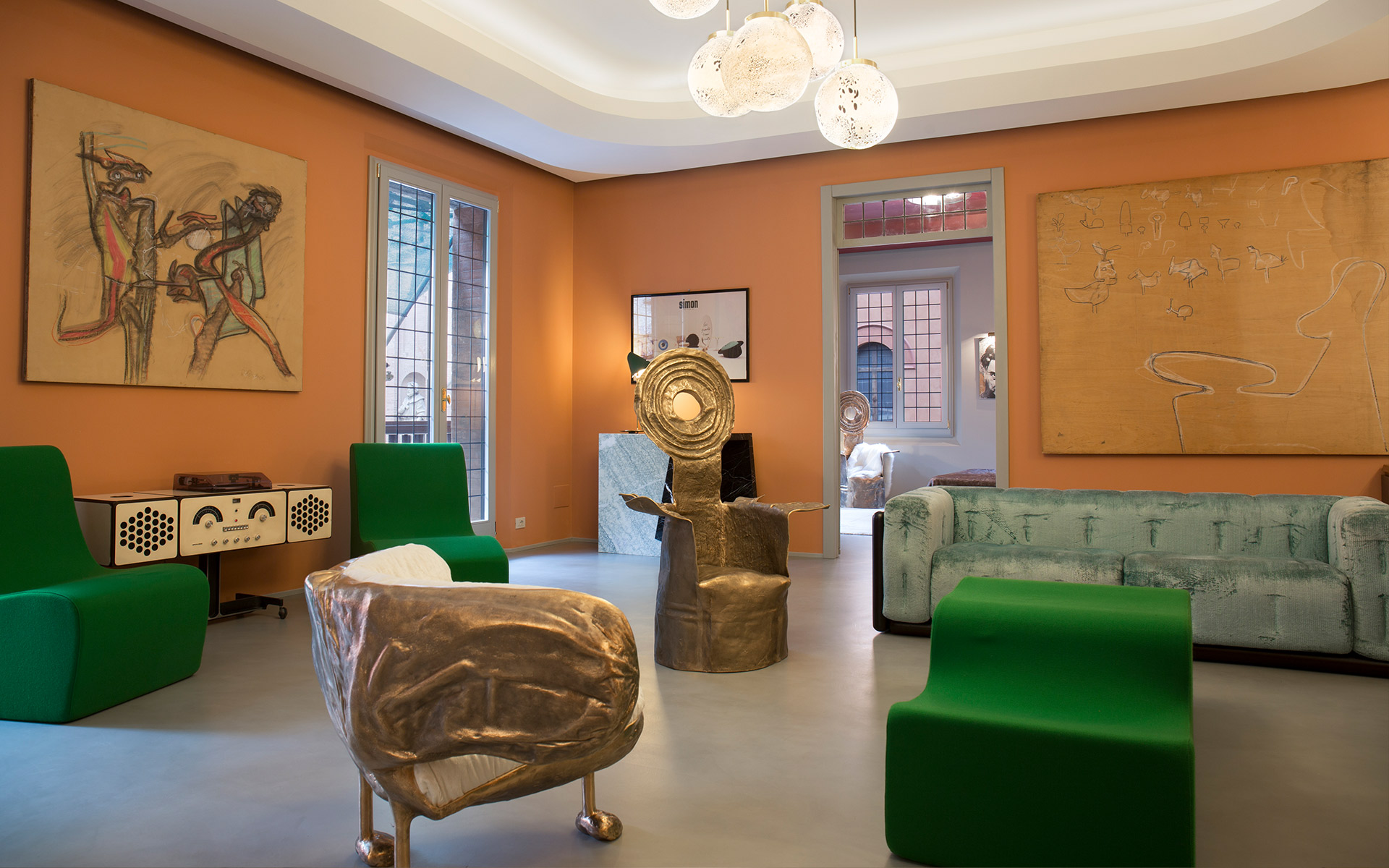 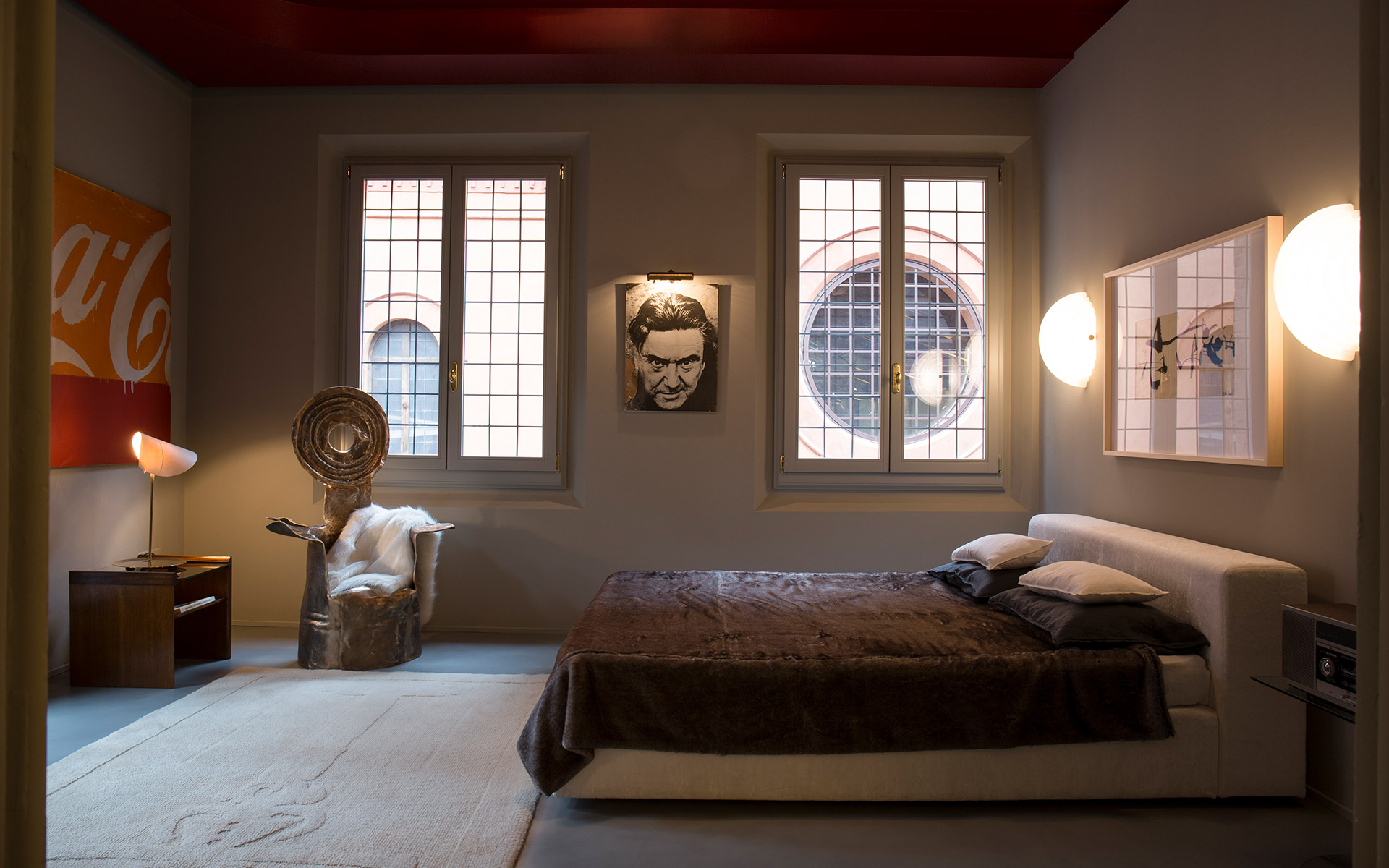 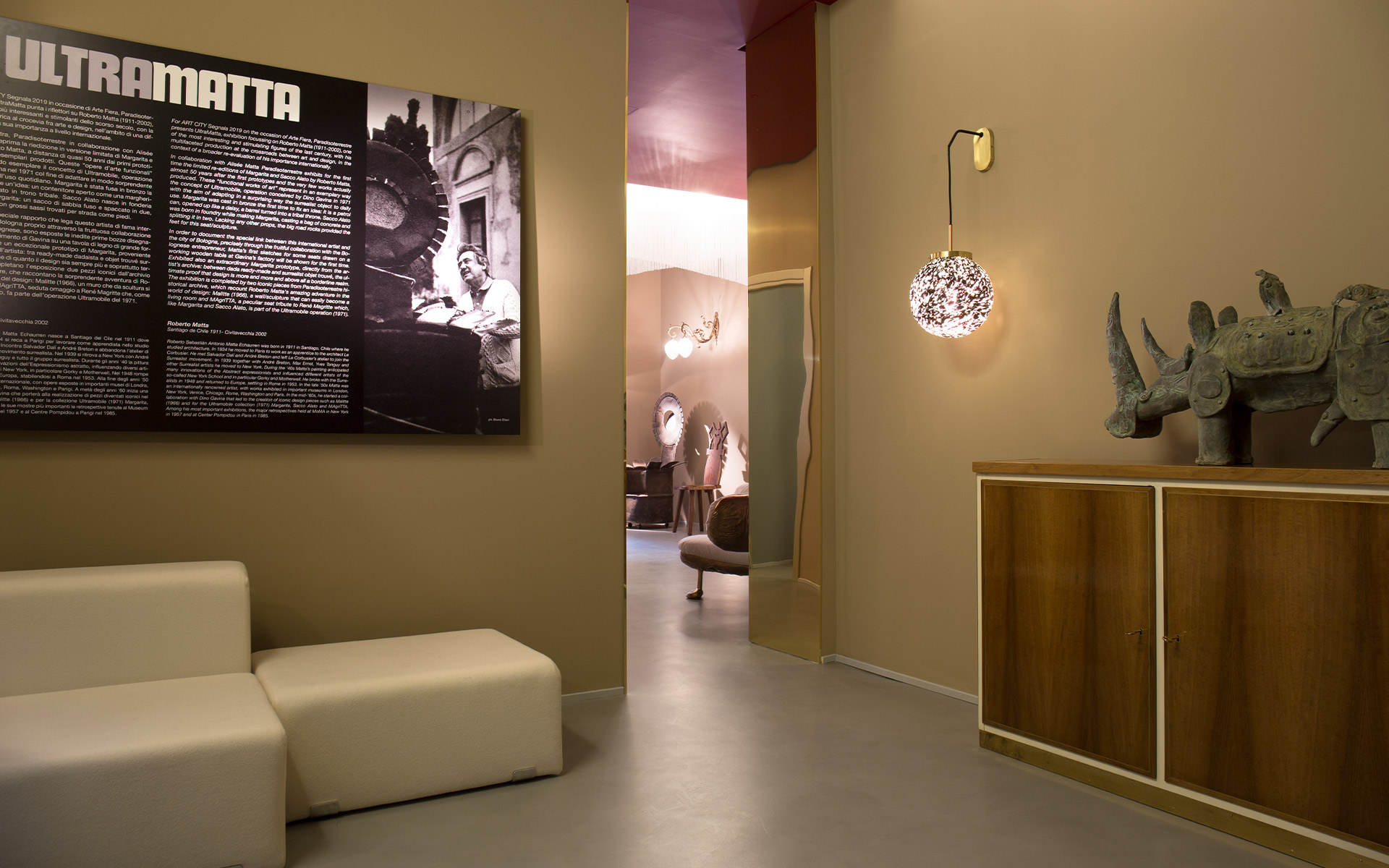 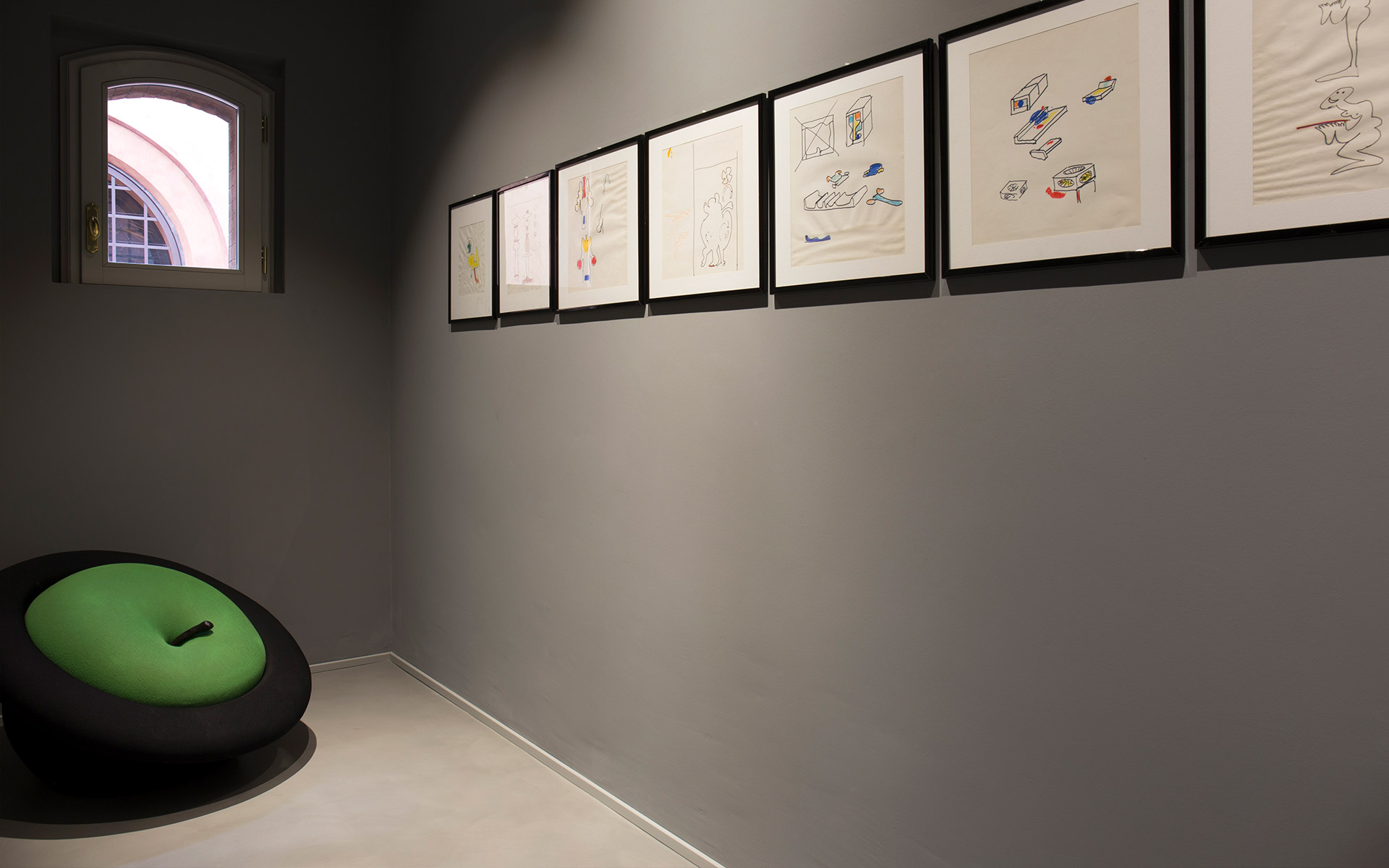 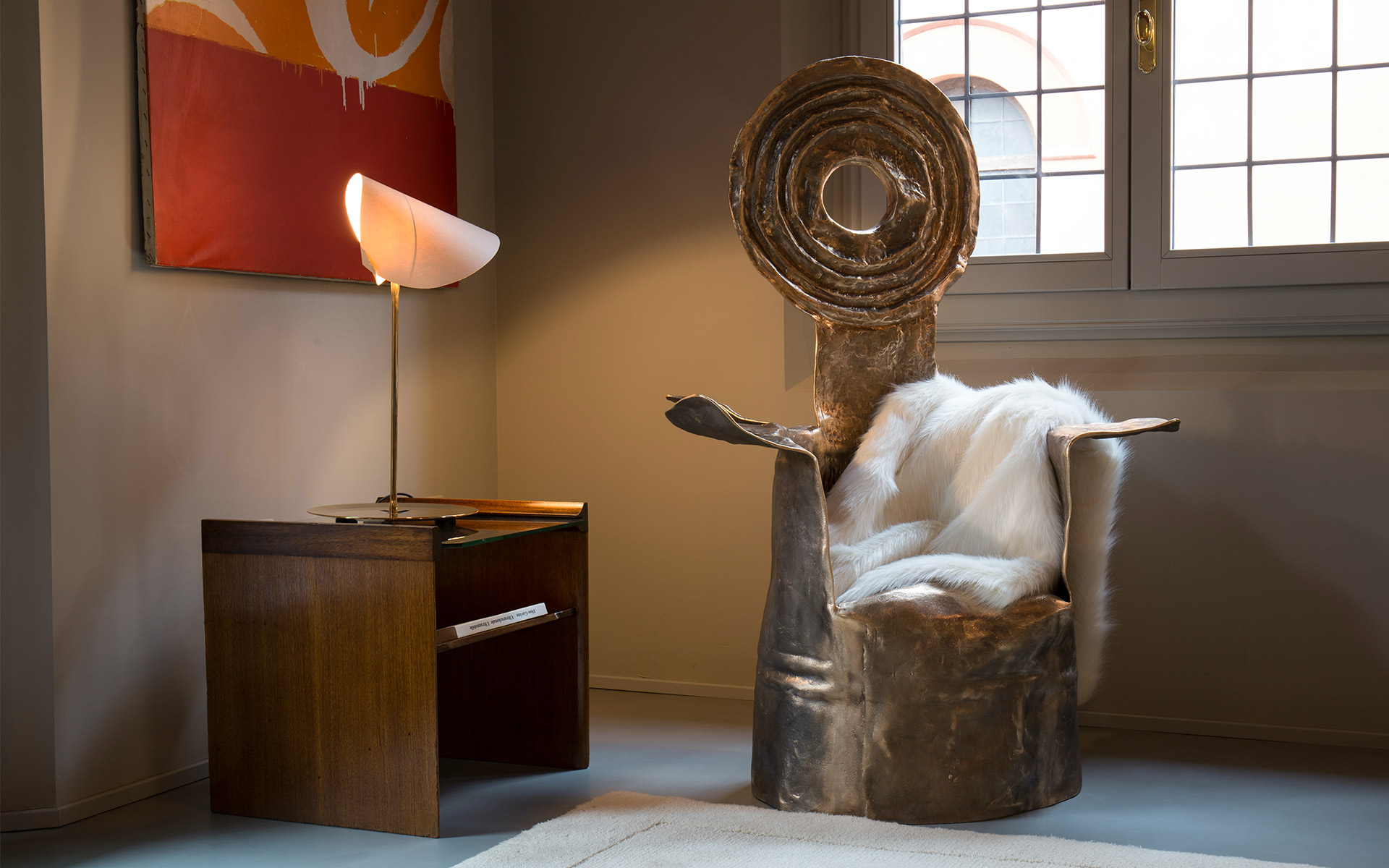 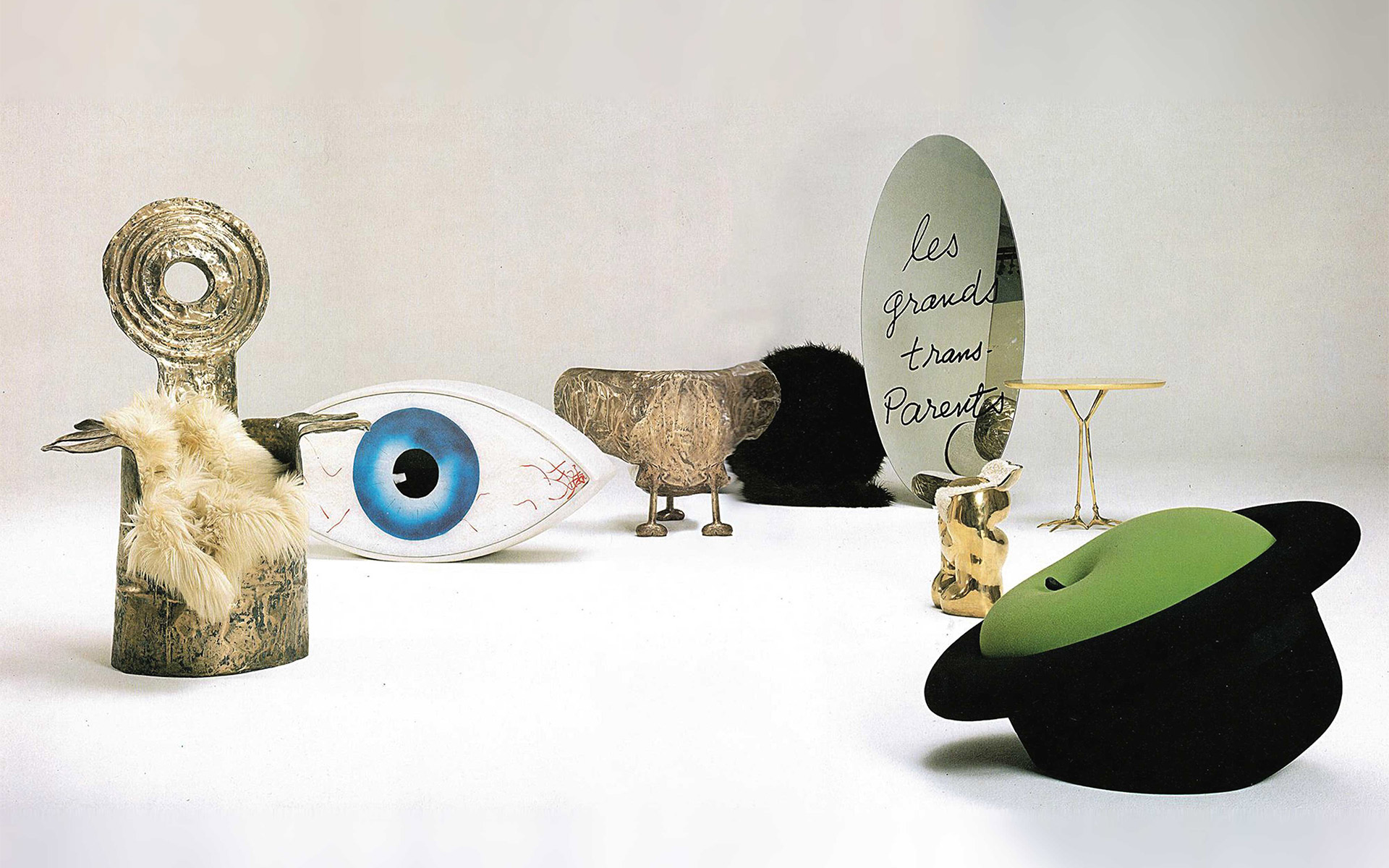