Paola Pivi was born in Milan in 1971. She lives and works between Anchorage, Alaska, and Val d’Aosta, Italy.

Pivi is the recipient of several awards including the Golden Lion at the 48th Venice Biennale for the best National Pavilion (together with other artists) and the fellowship at the American Academy in Rome in 2011. 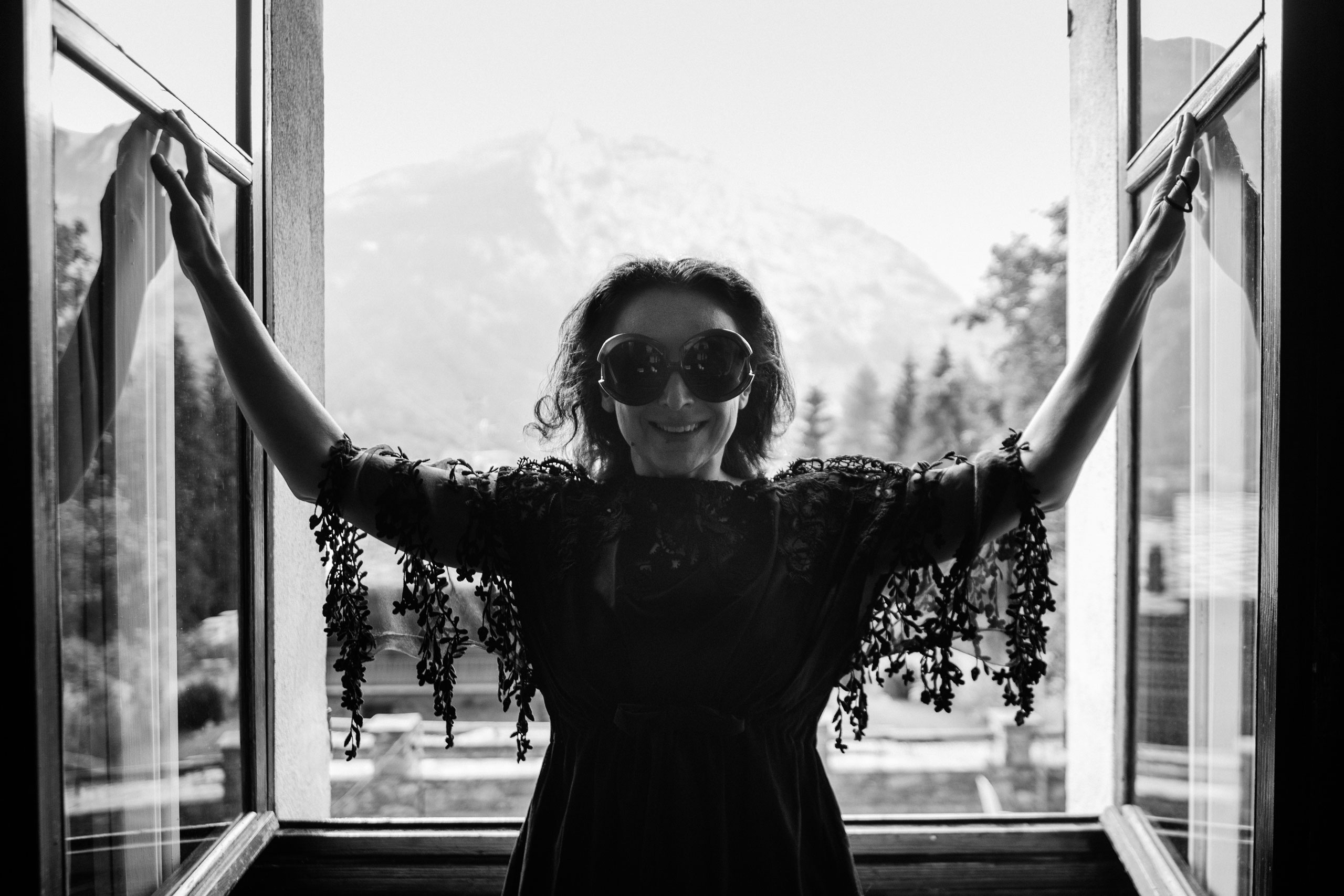 Historic Italian design brand, Paradisoterrestre is pleased to present its collaboration with artist Paola Pivi and her solo show, Rock the art, at Paradisoterrestre Gallery (Via De’ Musei 4, Bologna - IT). The dialogue between art and design continues in pursuit of excellence, a cornerstone of the visionary and anticipatory experience of Paradisoterrestre’s founder Dino Gavina (1922-2007), in the new course of the brand's relaunch by Gherardo Tonelli (2017).

Paola Pivi creates exclusively for Paradisoterrestre Let'em shine art and Universe, which will be presented for the first time in the exhibition. Let'em shine art is a limited edition wall lamp, a tribute to Garbo by Japanese artist Yagi and to Italian artist Pino Pascali’s Bachi da setola. Universe is a limited edition rug inspired by her early work Untitled (1998), created from the invitation for her first solo exhibition at Massimo De Carlo Gallery in Milan in 1998.

Fascinated by the hybrid nature of Paradisoterrestre Gallery, which was conceived by creative director Pierre Gonalons as the home of an ideal collector, the artist engages the unconventional space with a museum-quality solo exhibition. The apartment, on the first floor of a historic building, located in the central area of the Quadrilatero a few steps from Piazza Maggiore, welcomes visitors to discover Paola Pivi’s artworks in the enfilade of rooms.

At the entrance, visitors are met by the hypnotic movement of the rotating feathered wheels from Pivi's Time machine series, created since 2016. These kinetic artworks, which recall the dreamcatchers of Native Americans and Marcel Duchamp's Bicycle Wheel, turn at a constant speed, altering the perception of the passing of time. The exhibition continues with Old is gold (2007), a sculpture composed of thousands of golden and silver ribbons stratified in a fragmented monolith, a multitude that is transformed into uniqueness, extremely heavy but mobile. A work from the same series I am a rainbow too (2004) is part of the permanent collection of MAMbo, the Modern and Contemporary Art museum of the city of Bologna. Exhibited for the first time in Europe, in the central room is Money machine (true blue, baby I love you), 2013 – an imposing blue sculpture and performance piece dispensing coins and bills by the minute, that visitors are invited to take away and/or redeposit within the artwork. The exhibition ends with the imaginative lightness of I did it again (2018), part of the artist’s signature series of polar bears with psychedelic plumage, recently exhibited at Arken Museum of Modern Art in Copenhagen. The bear, yellow and life-size, is exhibited pressed against a big window as if inundated by a multitude of objects.

Paola Pivi triggers a short circuit between her artworks on display - large museum - like installations - and the domestic environment they are presented in. Rock the art turns the “home” of Paradisoterrestre into the fantastic universe of one of the most important contemporary artists.
Thanks to Massimo De Carlo and Perrotin for their kind collaboration.
Ph. Andrea Rossetti 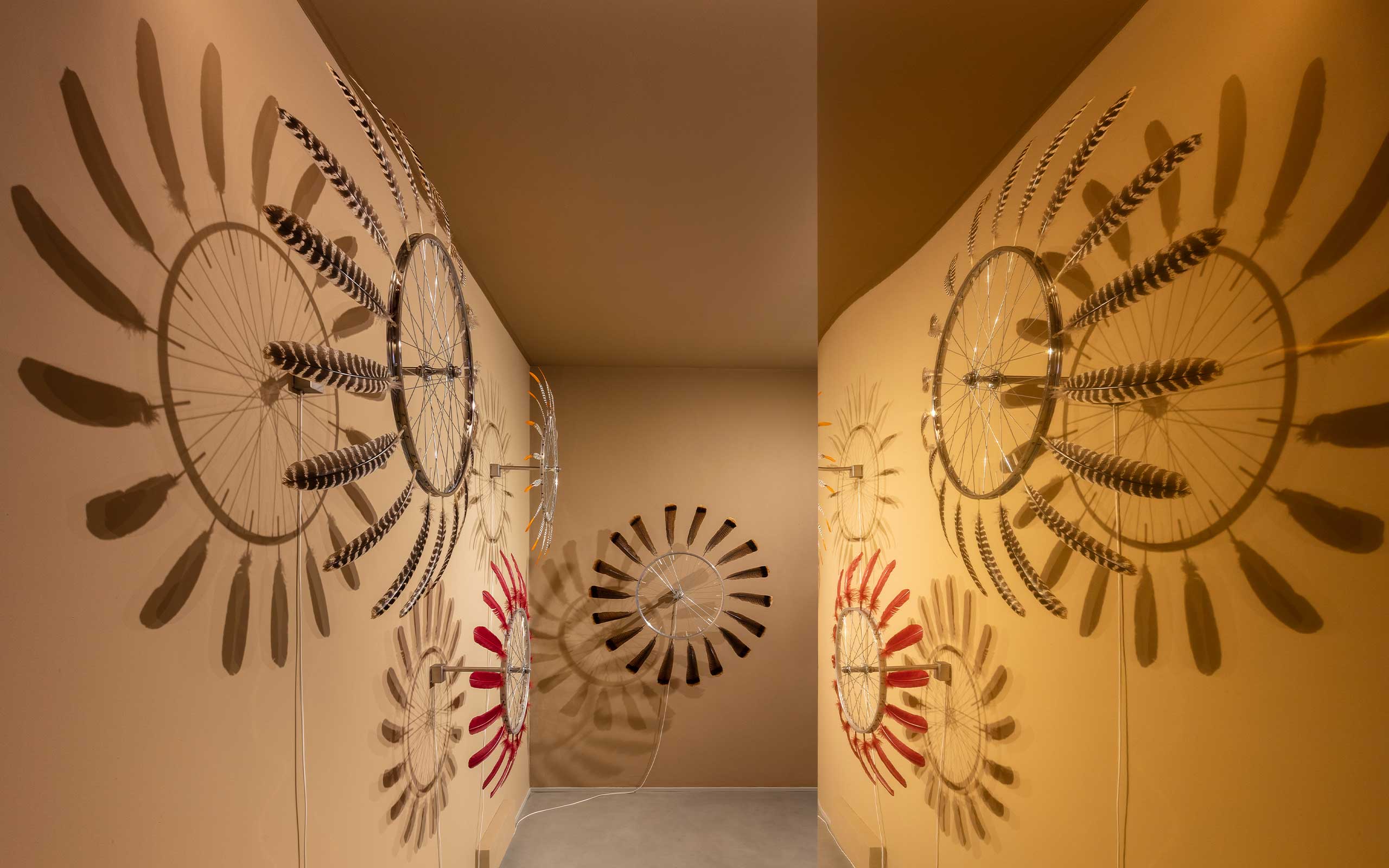 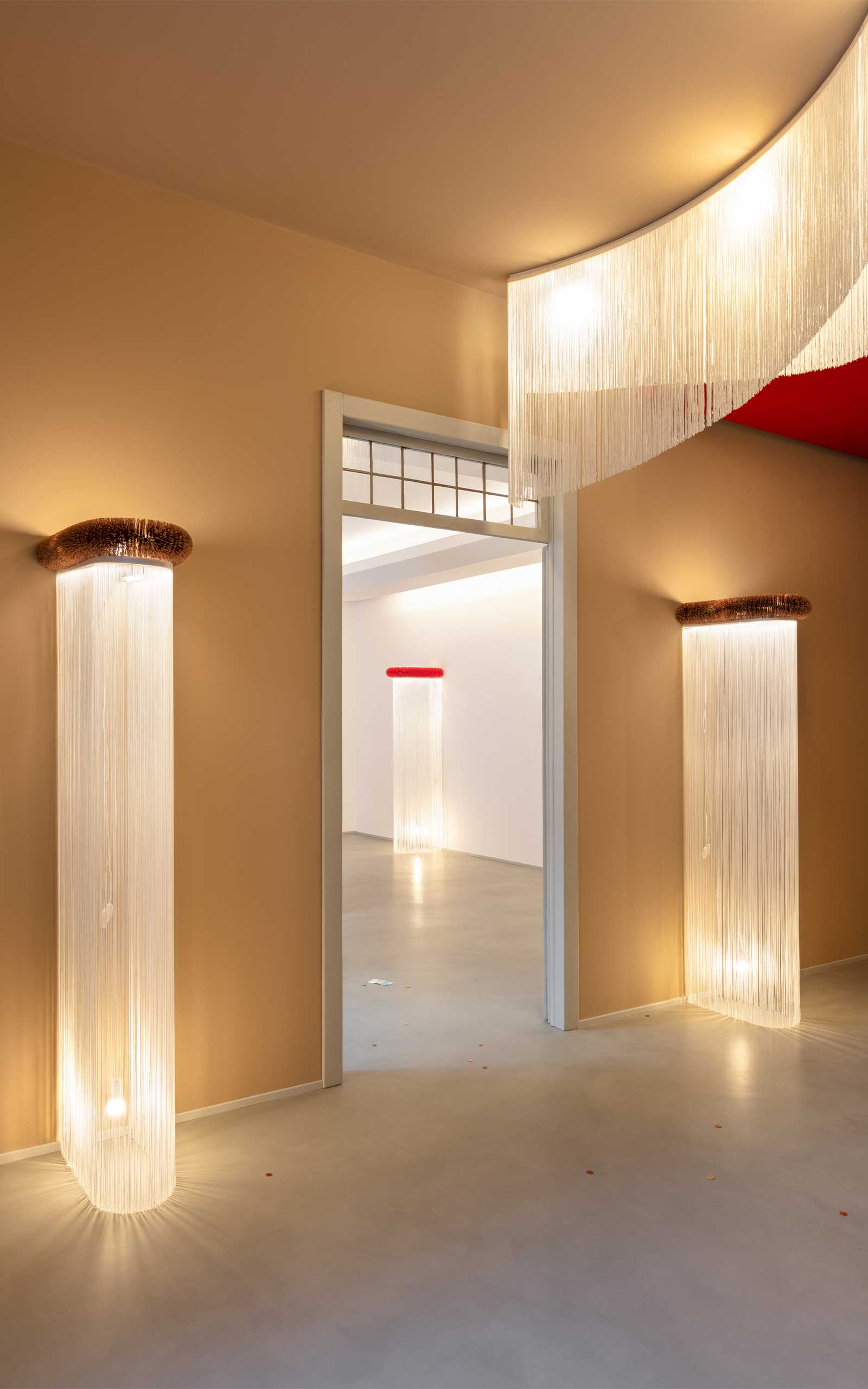 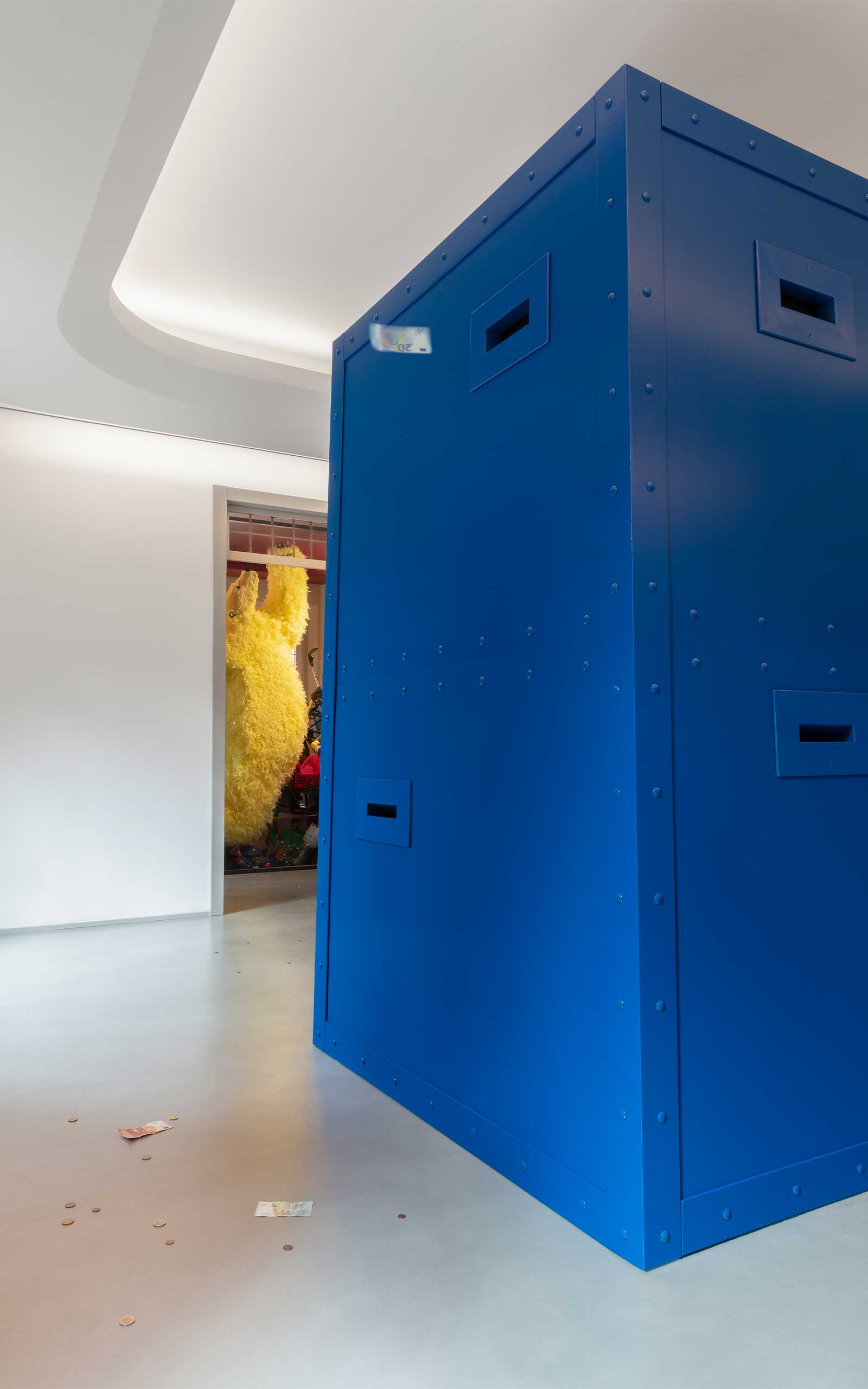